NO KINGS NO SLAVES “NEW LEASE OF LIFE” 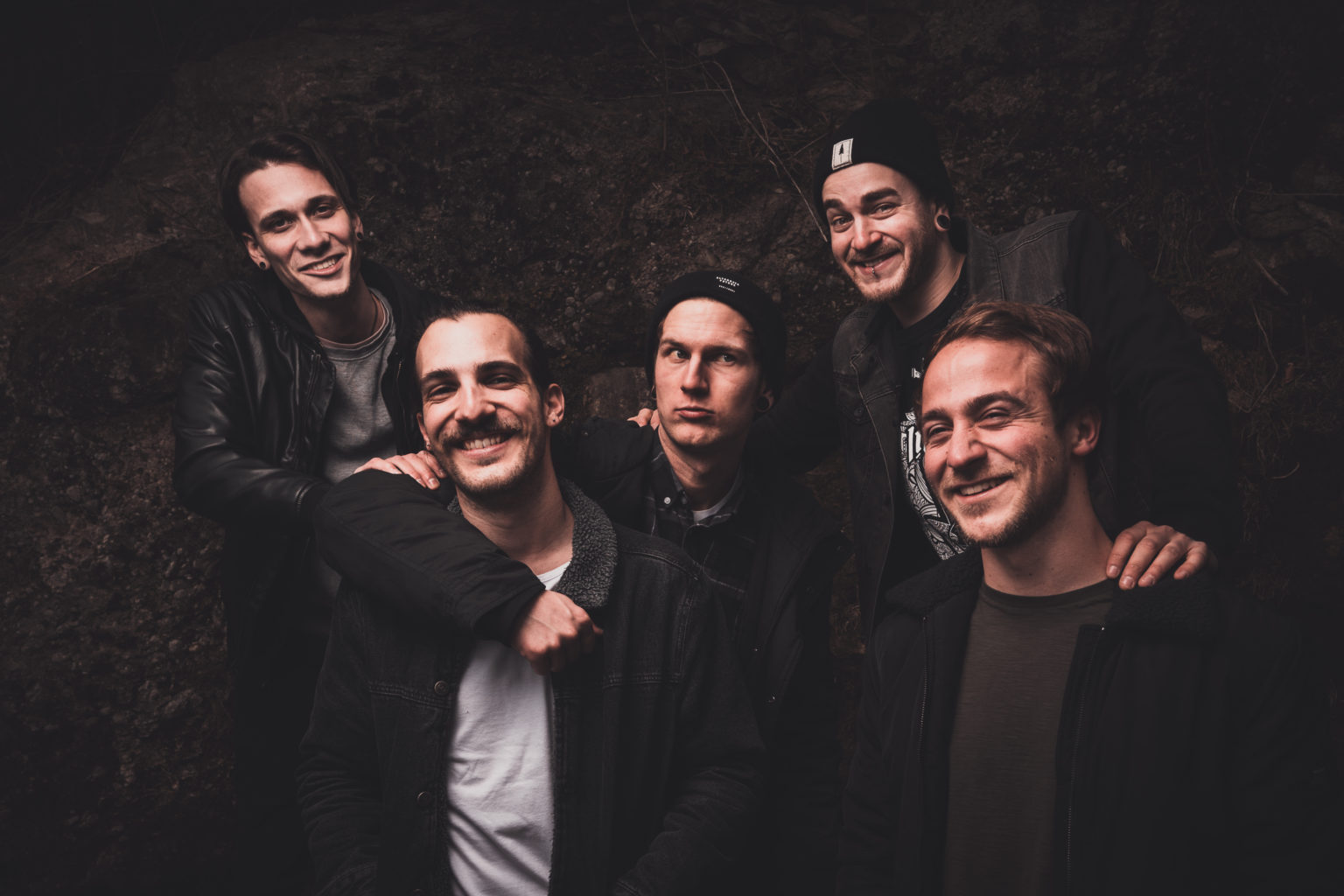 No Kings No Slaves are a five-piece from Lucerne (CH) founded in 2015. After a first EP (recorded & mixed by Tommy Vetterli | Coroner & Ex Kreator) and many shows in Switzerland and Germany (with Modern Life Is War, Cancer Bats, Crossfaith et al.), they now release their Debut-Album “New Lease of Life”. The album was recorded and mixed by Manuel Wiget at New Sound Studio, then mastered by Troy Glessner at SPECTRE Studios (August Burns Red, Disturbed, Pentagram and many more).

The band manages to create their own energetic and emotional mix with elements from Metalcore, Melodic Hardcore and Groove Metal. With their Sound and stage presence, No Kings No Slaves are also able to captivate the audience and create “powerful live shows” (rawk.ch).

The new album covers topics such as transience, social ills and toxic relationships. It deals with emotions like anger, grief and insecurity, but also spirit of optimism and joie de vivre.

Singer and writer Julian Thalmann about the album:

«In the lyrics I try to go into topics and thought processes that occupy and concern me on a daily basis and that also raise many questions. I don’t necessarily only want to question the behaviour of society, but above all the behavior of myself and the one of my environemt. Even though this process brings out many emotions that leave you uncertain and questioning, I also want to show on this album the individual is able to change things. A change of scene or a new start can give strength after a setback or after a difficult decision. That’s where also the connection to the album’s name and the album cover originate.”

Orders are received through the «contact form» or the «bandcamp shop»